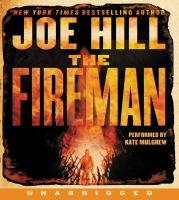 When a bizarre virulent plague breaks out in the world's major cities, causing victims to spontaneously combust, a dedicated nurse resolves to survive until her baby is born and receives protection from a mysterious infected man who uses his fire symptoms to help others. Full description