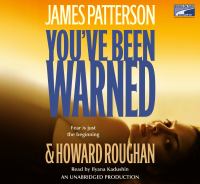 Kristin Burns is making her way in New York City. Her photos are being considered at a major Manhattan gallery, she works by day with two wonderful children, and the man of her dreams is almost hers for keeps. But just as everything she's ever wanted is finally within reach, her life changes forever... Full description

No Tags, Be the first to tag this record!
Download