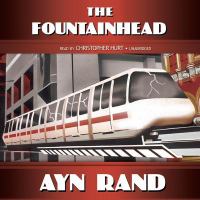 The story of an intransigent young architect, Howard Roark, of his violent battle against a mindless status quo, and of his explosive love affair with a beautiful woman who worships him yet struggles to defeat him. In order to build his kind of buildings according to his own standards, Roark must fi... Full description