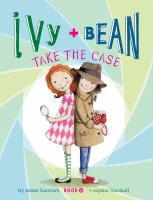 Watch out, you diabolical masterminds! There's a new detective on Pancake Court: Bean! She laughs at danger! She solves even the most mysterious mysteries! What? There aren't any mysteries? Then Bean and her assistant, Ivy, will make some! Full description

No Tags, Be the first to tag this record!
Download